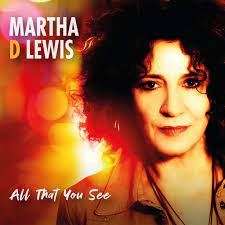 ‘All That You See’ new album by Martha D. Lewis in Peaceful Radio Show 1488 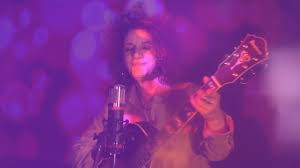 ALL THAT YOU SEE is a jazz-infused looking glass into the thoughts, drives and vulnerabilities of British-Cypriot music maker, singer + songwriter and mentor, Martha D. Lewis. Releasing in spring 2022, ALL THAT YOU SEE is a journey of love, healing and social commentary songs that have been carefully crafted by a masterful songwriter. On ALL THAT YOU SEE, Martha converses with emotional pain and equally comfortably, take strides of angst at the world around us. This is Martha D. Lewis’ sixth studio album but first to be recorded at Peter Gabriel’s Real World Studios.

Along the road to making ALL THAT YOU SEE, Martha D. Lewis experienced some unexpected twists and turns of fate, ones that would define the mood of the album, as Martha says in her own words,

“After a vast and varied musical journey in the last 2 decades of composition, theatre music, mentoring and film and documentary presenting, I returned to song writing in 2018 with a flurry of social-political songs about the world around us. In early 2019, the writing abruptly stopped with the unexpected loss of my soulmate of 28 years. The loss profoundly affected me, nothing would be the same again.building a new life from the rubble of grief, this album is a story of angst and losing faith, healing and gaining hope.”