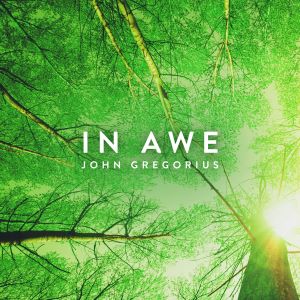 In Awe, John Gregorius’ fourth album for Spotted Peccary Music, is a sonic pilgrimage, a moving meditation, an album of both dynamism and peace. These nine compositions blend sweeping ambience, rock rhythms and sterling guitar work as only John Gregorius can. An album of personal growth and spiritual discovery, In Awe was inspired by long periods of meditation, and the connection that can be found through immersion in the natural world. A sense of wonder permeates this album through its acknowledgment of oneself as a part of something greater. 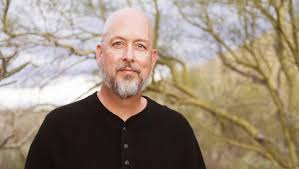 In Awe finds Gregorius taking his trademark ambient guitar sound in new compositional directions, using more verse, chorus and bridge structures to evoke a journey through the desert or along the shoreline. On the track “Light,” Gregorius’ guitar glimmers like the silver crests of sun-kissed waves. On “Here Now,” a yearning hook recurs like a question left unanswered. Wistful acoustic flourishes entwine and disentwine from the melody at the song’s stunning bridge. And beneath, drums – like footsteps in sand – march toward realization. “Open,” finds a subsumed kick drum emboldening movement, adventure, and exploration. Then – as quickly as it comes – the kick drum subsides. It leaves an aural clearing, like stepping through overgrown branches to find a sunlit meadow: a place to stand still and marvel.

Gregorius begins all his compositions with a guitar, a looper, and reverb. Each of these rich, immersive pieces was built from this simple foundation, with guitar loops forming much of the album’s background ambience. He recorded most of the album on an Ovation 1867, and a Paul Reed Smith electric tuned in Robert Fripp’s New Standard Tuning. The album features collaborations with vocalist Kim Daniels, bassist Sean O’Bryan Smith, and drummer Mitch Ross, as well as a synth bed from Benjamin Fleury-Steiner on “Everyday Miracle.”

In Awe springs from the idea that everything is miraculous. The result is a joyous blend of acoustic and electric, digital and analog, and – in Gregorius’ words: a “thank you for the beauty around us, and for the deeper purpose we can experience.”