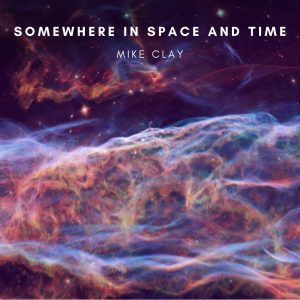 Somewhere in Space and Time is a follow-up album
inspired by Mike’slatest release Imaginary Edges. It is
an exploration of imaginative daydreams or miniature
soundtracksfor the mind. It issuggested that the
listener actively listensto the flow of tracks. 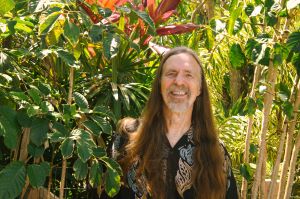 Mike Clay has been playing music since 5th grade when he began playing the trumpet. After a pause during
his undergraduate chemistry studies, he began buying synthesizers in the late 1970s when he bought his
first synthesizer – an Octave Cat. During this time he became aware of the early European electronic music
pioneers Tangerine Dream and Klaus Schulze and as time progressed of newer musicians such as Steve
Roach, Robert Rich, Jim Ottaway, and Craig Padilla.
During the early 1980’s he lived with Tom Moore, who he had met in graduate school and they released an
album in 1983 called Rainbow Voyagers as a duo called Crystal. After moving to the San Francisco Bay area
in the mid-’80s, Mike released 3 cassette albums under the name Star Zeit as a reference to the German
school of electronic music he was so fond of.
For 30 years Mike taught as a chemistry and computer science professor at the College of San Mateo near
San Francisco. During this time Mike did video projections for the underground parties in and around San
Francisco, especially during the height of the rave scene in the ’90s. On occasion, he performed in chill rooms
and at various underground venues in the San Francisco Bay area. Mike has also played live music for
various yoga classes in both Phoenix and the Bay Area of San Francisco.
Currently retired from teaching and returning to his roots, Mike has settled in his studio on Maui and
released an album with Tom Moore – 37 years after the first Crystal album, Beyond Our Orbit. Mike also
released a solo album, Imaginary Edges from his Dreaming Sun recording studio on Maui. Mike has modified
his approach to producing music by almost exclusively playing on an Ableton Push controller.
Most of his current music is meditative in nature and is an exploration of various states of mind. Mike
considers his music to be soundtracks for inner journeys – imaginary journeys into positive mind states and
dreams.