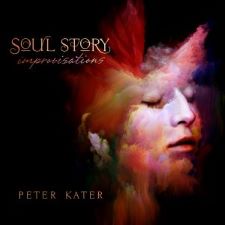 A message from Peter…
In intimate settings over the years, I’ve noticed that I’d feel compelled to play differently depending on
who I was playing for. Curious, I started inviting people, one at a time, to lie under the piano while I
improvised just for them. Intrigued, I explored further and started sitting and chatting with individuals
before playing for them and noticed that while listening to their life stories I’d hear melodies and
segments of music in my head. This evolved into what I now call “Piano Readings”; improvised pieces of
music inspired by and played for individuals while lying under my piano that I would record professionally
and give to them so they could listen to it over and over again. This album is a collection of some of my
favorite segments. I hope you enjoy these deeply felt, very personal, solo piano Soul Stories.
2 x Grammy Winning/Multi-Platinum selling Pianist/Composer Peter Kater has been a leading innovator
of contemporary instrumental music for 4 decades. He’s received many awards and accolades for his rich
and diverse music including 14 Grammy Award nominations and two Grammy wins. He’s released over 70
critically acclaimed recordings and has scored the music for over 100 television and film productions
including 11 On & Off-Broadway dramatic plays. From solo piano and contemporary jazz ensembles to
full orchestral works his cross-genre music is heard all over the world from the Olympics to Carnegie Hall.
He is known for his many groundbreaking collaborations with musicians such as Native American flutist
R. Carlos Nakai; Sting guitarist Dominic Miller and Sacred Chantress Snatam Kaur. And as an avid
environmentalist and humanitarian Peter is a proud recipient of the Environment Leadership Award from
the United Nations. 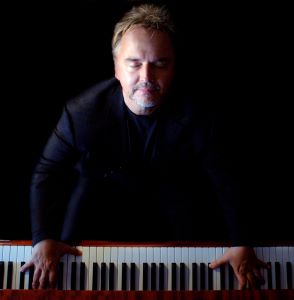 “Soul Story”is available on:
iTunes, Amazon, Bandcamp, Spotify, Apple Music, Amazon Music
For more info about Peter Kater’s music, concerts and retreats, or to receive your very
own “Piano Reading” from Peter, either in person or via Zoom or Skype, please email:
Peter@PeterKater.com, or visit PeterKater.com