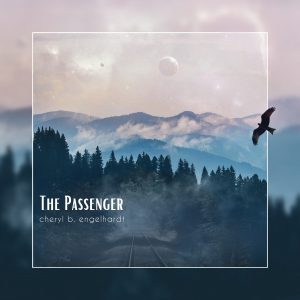 ‘The Passenger’ new album by Cheryl B. Engelhardt in Peaceful Radio Show 1489 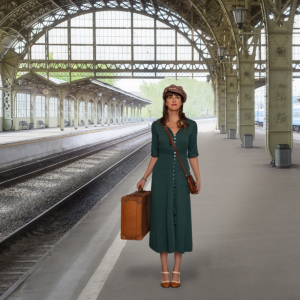 When Cheryl B. Engelhardt wasscheduled to attend the live
GRAMMY award show in 2022,she decided rather than fly,she
would take a train from NY to LA. But when her dearest friend and
collaborator Kevin Archambault died the day the Grammys got
postponed, Cheryl decided not to cancel her trip and depart two
weekslater. She embarked on what would be a transformative
journey and she would become the first person to make a record
while on a cross-country train trip. Spending 216 hours(nine days
– five outbound and four inbound) in a “roomette”,seeing the
entire country and processing big emotions wasjust what the
Universe had in store to help with her healing process. The trip
resulted in a brand-new collection of nine ambient/New Age songs.
From the train, Engelhardtsent filesto collaboratorsto contribute
their talents, including GRAMMY-winning artist Lili Haydn,
GRAMMY-nominees Sangeeta Kaur and Danaë Xanthe Vlasse,
world-renowned flutist Sherry Finzer, and the Dallas String
Quartet. Composed and produced entirely on the train trip, “The
Passenger” album was mixed by Engelhardt upon her return and
then mastered by Kim Rosen, making it one of a handful of
ambient records composed, mixed, and mastered entirely by
women. The project, from idea conception to mastersreceived,
took under three months.
Composed, Produced, and Mixed by Cheryl B. Engelhardt
Mastered by Kim Rosen of Knack Mastering
Album Art Design by Cheryl B. Engelhardt
“The Passenger” is dedicated to Kevin Archambault

Available on all majorstreaming platforms

Cheryl B. Engelhardtis a composer, songwriter and music business success facilitator. She’s a mentor for GRAMMY U and has
been a voting member of the Recording Academy since 2016.
Cheryl started her music career as an advertising and film composer in NYC, garnering several scores for nationally-airing
commercials, before hitting the road with her pop band. Her pop records have dozens TV placements and she’s developed a fan
base that continues to support her projects, including funding two albums for over $20k each. She’s become a staple in the
New Age genre, hitting charts and being featured in meditation apps like Insight Timer as well as Spotify’s “EQUAL New Age”
editorial playlist.
She’s a composer for social justice choirs and was featured in Harper’s Bazaar, People, and Forbes Magazines for her
collaboration with Dr. Martin Luther King’s goddaughter, Donzaleigh Abernathy, in her song “The Listening”. She’s traveled to
perform premieres of her pieces in France, Jerusalem, Palestine, and Mexico.
With a love of musical theater, it was a dream come true to write Boiler Room Girls with book writer Kevin Archambault
(1977-2022) and produce the show for a weekend workshop for over 300 audience members. Her 5th record (and first in the
New Age genre), “Luminary” hit #1 on iTunes and Amazon New Age charts and won New Age Music Guide’s “Album of the Year
for 2020.”“A Seeker’s Slumber”, her second New Age record that features GRAMMY-winner Joanie Leeds, topped sales charts
in 2021. Her newest endeavor in New Age is her project “The Passenger”: creating a full album, from start to finish, on a crosscountry train journey to be released in 2022. Cheryl is quickly becoming known as the vocal-stacking, anxiety-quelling,
experimental New Age artist with a bit of edge.
Cheryl is committed to helping other independent musicians expand their careers, providing programs and coaching on her
site In The Key Of Success. She hosts the Key Conversations podcast, the musician mastermind, AMPLIFY, and has been
dubbed the “Email Marketing and Branding Queen”. She is a sought- after speaker and has presented at South By Southwest,
ASCAP Expo, and multiple colleges and universities around the country. Engelhardt has over 850 hours of training as a
creative career and life coach and is an active voice in the fight for representing the voices of women and BIPOC independent
musicians.
With over 17 years of music business hustle under her belt, Cheryl has found balance in her purpose: to create experiential
music that impacts the listener without dictating the listener experience. In this commitment, Cheryl has found a home in the
New Age, theater, and classical/choral genres and looks forward to bringing her unique career perspective to her next
collaborators.