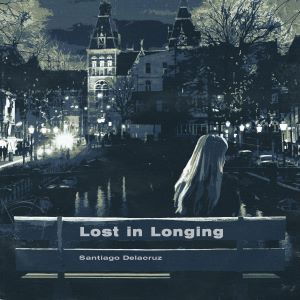 A message from Santiago Delacruz…
I’m thrilled to introduce my debutsolo piano album, Lost in
Longing. Though Istarted this project three years ago, it
simultaneously fulfills a lifetime of musical dreams as well as, for
me, inspires a host of new ones.
When Iset out to write the piecesfor this album, my intention
was clear: make music that I love. There are elements of classical
music, movie soundtracks, Broadway musicals, and even jazz and
pop. In short, anything that inspired me along my rich musical
journey so far.
I believe that music isthe language of emotion and, on this album,
I’ve included songsthat move me in different ways. Some are lush
and romantic. Some are lively and playful. Others are wistful—
encouraging a park walk. Some are sad but offersolace—at least
they do for me.
It is my hope that you join me for what I think is a unique musical
experience and allow me to share these storiesfrom the heart.

Available on:
Amazon Music, iTunes, and all majorstreaming platforms 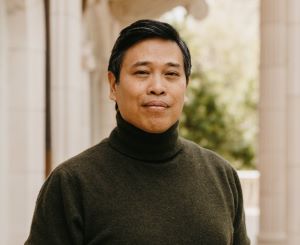 Denver-based pianist, Santiago Delacruz, creates a signature sound that weaves the sweeping romanticism of classical
music with the song-like melodies of popular music and movie musicals. Hints of jazz and other musical influences
spice the mix for an irresistible and surprising experience. Each of his compositions is moving in some way—Delacruz
doesn’t shy away from emotional moments in his music, insisting these are the stories that stick with us. This creative
premise of telling stories through music is explored brilliantly on his debut recording Lost in Longing. On the album,
Delacruz whisks us away, piece by piece, on an emotional narrative that, somehow, we all share.
Santiago began his own musical journey on the piano working out favorite movie themes, like Star Wars, and songs on
the radio by ear as a youth. This was the gateway for improvisation and he later used the skills to play music for his
church, backing up the choir and acting as unofficial “in-house” musical director as an elementary school student.
Later, he took up piano lessons from Mrs. Jones, a beloved member of Delacruz’ hometown, who (in addition to making
fresh doughnuts for all her students and their families) encouraged practicing by ear in addition to traditional sheet
music. To this day, Santiago composes music by improvisation: playing different melodies over chords until the song
feels right.
Santiago’s music has been described as poignant, heartfelt and cathartic; it is no accident, therefore, that he credits
Debussy as his favorite composer, whose work brims with unforgettable melodies and clear human emotion. “Music
helps us make sense of our feelings, through hard times or joy, and also helps us express those feelings,” says Delacruz.
In many of the pieces on his debut album, one emotion dissolves into another as time progresses, just as in life, and,
just as in life, many emotions often compete for rule.
Delacruz’ music feels both present and particular, not an imitation of music of the past but rather an exploration of the
relevance of this type of music today. It is bristling with syncopated rhythms and flavored with the occasional—and
always surprising and delightful—jazz chord voicing.
Take a listen to his song, Now You Can Fly, which, though it begins with a melancholy introduction evoking a scene
from a lonely bar, is actually a Waltz—but not Beethoven’s Waltz!
Starting with the single, Your Broken Heart Awakens, available now, and later with his debut album Lost in Longing,
due out July 1st, 2022, Santiago is hard at work composing songs for his next album.